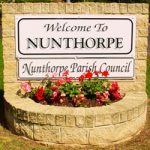 Council Parish councils have their origins in the development of villages, all over England, during Saxon and Norman times – 1000 or more years ago. At this time a village was ruled by the Lord of the Manor.As communications were poor and central government often weak, there was little national control. Sometimes the villages all met to make decisions, which affected the whole community. Gradually, it seems that parish priests and sometimes schoolmasters joined the Lord of the Manor to become a kind of ruling group. Often in small villages they were the only people who could reason correctly. It was probably they who formed the first effective parish councils.

After the Second World War the National Association of Parish Councils was formed, and by 1952 half of all parishes in the country were members. The Association became a national force and raised the profile and consequently the activity of parish councils.  A parish council is democratically elected to serve a defined and local area.  Parish councils exist to protect and promote the interests of their communities and to provide local services. They are the first tier of local government.