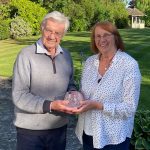 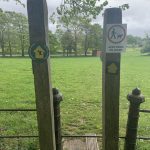 The next monthly meeting of Nunthorpe Parish Council will be at 19:00 on Wednesday, 3rd June 2020.

Because of the current situation this will take place as a virtual meeting via Zoom but that does not stop you attending. If you wish to join us as a member of the public as you can do at the physical meetings, please contact the Parish Clerk at clerk@nunthorpepc.org.uk who will give you all of the details needed to join the meeting online.

Following on from the “big” meeting earlier this week between Middlesbrough Council and several Nunthorpe community groups – Nunthorpe Parish Council, Nunthorpe Community Council, Nunthorpe & Marton PFA, Ourgreenways, the Schools, The Institute, The Medical Practice and the local MP and Ward Councillors – to discuss the future development of Nunthorpe, the next Parish Council meeting is likely to be an very interesting one.

And remember, the PC are always on the look-out for enthusiastic new Councillors to join and help drive forward the interests of Nunthorpe.

Nunthorpe Parish Council was delighted to have just taken part in an hour long online meeting to discuss priorities and a vision for Nunthorpe, the start of a neighbourhood plan and a consultation (very soon) with all the community. Also in the meeting hosted by Richard Horniman MBC were Andy Preston (the Mayor), Tony Parkinson (MBC CEO), Simon Clarke MP, Ward Councillor Smiles, Chairs of the NMPFA, NCC, Dr Lakeman (Nunthorpe Medical Practice) and Emma Watson representing Nunthorpe Schools. Others including The Institute and Councillor Carole Morgan (Ward Councillor for the R&C side of Nunthorpe) had made written submissions too.

Look out for more details soon but it was agreed by all that rapid progress on a GP Surgery is essential and that the next priority must be a Community Centre.

The decision deadline for this planning application has now been extended by 3 weeks due to the virus. Time to make your opinions heard by going directly to

If you have an opinion on this development, please take a few moments to make this known.