On November 30th Councillor Walker met with the Principal Transport Planning Officer from Middlesbrough Council (who had offered to meet on site) to discuss a number of concerns raised by residents and motorists. According to the Highway Code: “On approaching a roundabout take notice and act on all the information available to you, including traffic signs, traffic lights and lane markings which direct you into the correct lane”. In all cases watch out for and give plenty of room to: “pedestrians who may be crossing the approach and exit roads”.

The officer has agreed to provide a written response to the Parish Council to any questions that local residents have concerning the operation of this roundabout.

See the STOP PRESS announcement about the roundabout road signs at the end of this post!

Interestingly, the roundabout is shaped like a flan case, in that it is raised up at the edge and hollow in the middle. Does anyone think that the roundabout is too high around the edge? How is visibility particularly when flowers are blooming?

Does this sign (or any other) pose a visibility problem for pedestrians and motorists, and does anyone have difficulty in crossing the road at this point with dogs and push chairs etc?

Has the new entrance/exit to and from Cotcliffe Way (Grey Towers Village) made any difference to the operation of the roundabout?

The 40mph speed limit on the roundabout is going to be reduced to 30mph as part of the speed reduction on DIxons Bank and the A172 coming into force in January.

Could the signage and road markings be improved and how?

This road sign on the approach to the roundabout on the A172 from Stokesley is out of date, not showing the new road into Grey Towers. Others will be inaccurate too.

STOP PRESS NEWS: In the 24 hours since we posted this news item, the Principal Transport Planning Officer has emailed Councillor Walker to say: “I can confirm that the three ‘map type’ advance direction signs on the major approaches to the roundabout (i.e. A172 Dixons Bank, A172 Stokesley Road and A1043 Nunthorpe Bypass) are in the process of being amended to include Cotcliffe Way.”

What do you think? We will ask the questions that you raise. Please comment on the Facebook post that brought you here or by email adrian.walker@nunthorpepc.org.uk. We apologise for the weather at the time the photographs were taken! Thanks you. 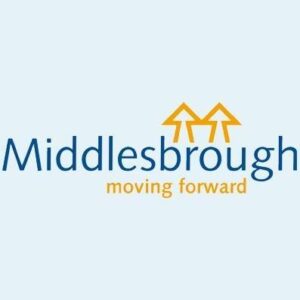 Middlesbrough Borough Council has posed the following question:
“How satisfied are you with our services and your local area?

This is your chance to tell us via our Let’s Talk survey.
For 2022/23 we are proposing no service cuts, and a total Council Tax rise of 2.99%. This is made up of a 1.99% general increase, and 1.00% for Adult Social Care, which the government recommends local authorities apply to their Council Tax to help to pay for the increased costs of Adult Social Care services.
Please give your views directly via the survey where you can find more information, comments on this post can’t be taken into consideration. Here’s the link you need > https://bit.ly/3119kgo “
Mike News 03/11/2021 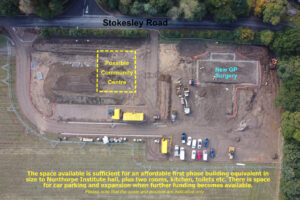 The Parish Council, at its meeting on Monday evening, 1st November 2021, unanimously agreed to lead a partnership with the Community Council and the Institute, in writing the proposal for a new Community Centre (located alongside the new GP surgery) on Stokesley Road.

There is funding available.

Following the loss of three trees locally this year, we are pleased to share that Middlesbrough Council has agreed to replace them. The Sorbus at Greenway, felled because of storm damage in February 2021, and the maple at the Whernside Play Area, maliciously damaged in October 2021 will both be replaced. The lime on Connaught Road, felled because of potential hazard in October 2021 cannot be replaced at the same location, but a replacement will be provided at a site to be agreed elsewhere in Nunthorpe. 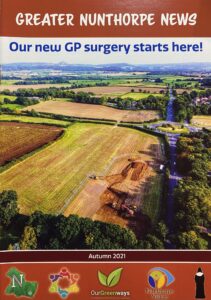 Please click on the image of the front page to open the latest edition. 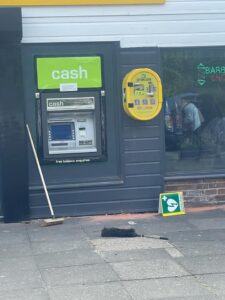 The Parish Council gave a grant towards the installation of a new defibrillator at The Avenue shops. The suppliers ran a Zoom training session and have provided an edited (but quite long) recording of the session. We feel that it is worth sharing. Settle down with a cup or glass of your preferred beverage, click on the image and learn!